Wildfires have been ravaging through California

Wildfires have been ravaging through California, burning down homes and even putting lives in danger. . In partnering with the California Association of Licensed Investigators (CALI), Hodson P.I. has made a donation to CALI’s crowd-sourcing campaign to raise funds on behalf of their members who may need assistance.

The campaign, which was created on October 13, 2017, has set a goal of raising $20,000 for victims and their affected members. A designated committee will review requests for support and distribute funds accordingly.

Not one to back down from helping their fellow investigators, Hodson P.I. quickly contributed to the campaign.

As of now, the campaign which can be found at https://www.gofundme.com/fire-victims-cali-members, has started off with a bang. Still, the goal has yet to be reached. 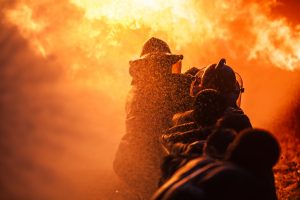 Hodson P.I. encourages those who can donate to this campaign, to please do so. Even the smallest donation could help CALI make a great impact on the lives of its members.

“There are good people that I know that have been devastated by this fire,” Justin Hodson said. “I know if the shoe was on the other foot, that CALI members in the North Bay area would be doing their best to help people such as myself. I just hope my donation can make life a little easier for my fellow CALI members who are victims of the destructive fires north of here.”

Hodson P.I. would like to send their best wishes and condolences to all of those who have been affected by the California fires.

Your email address will not be published. Required fields are marked *