The Mystery of “Peter Bergmann”

As a private investigator, I have seen many mysteries and solved most. However, this enigma of a story has this gumshoe befuddled. A true mystery that, after five years, has everyone scratching their heads. The story starts in small coastal town of Sligo, Ireland.  Sligo, pronounced “SLY-goh”, is a tiny seaport county seat on the northwest side of Ireland that has a population around 20,000. Sligo is Irish Gaelic for “abundance of shells” that lay beautifully up and down the coast line. 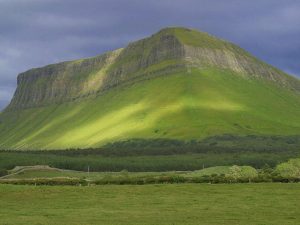 In June of 2009, a middle-aged man with gray hair and a black leather jacket stepped off a bus in the town Sligo, Ireland. Unknown to everyone, this man had a plan and purpose for his visit. The plan, was to disappear without a single trace of who he was and where he came from.

The man arrived at the Sligo City Hotel, where he checked in for three nights under the false name of “Peter Bergmann.”  He used a false address in Austria.  There was no identification was required, and the man paid cash. The hotel is a medium-sized hotel in the center of the town near busy intersections and shopping malls. The man checked in and would be seen going and coming from the hotel for the length of his visit. The man would end up dead on June 16, 2009, found on the beach next to an “abundance of shells”.

A recent short film “The Last Days of Peter Bergmann,” paints a perplexing picture of the final days of this mystery man. The town is littered with CCTV cameras. These cameras give a story of the final days of this man. Investigators believe that his limited appearances on CCTV cameras show he carefully prearranged out his daily routes to avoid exposure. It was apparent this man wanted to simply disappear, forever. 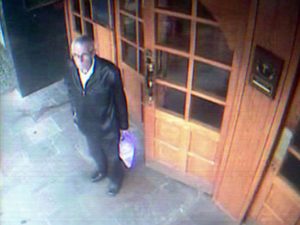 After his death, it became clear that there was no such person as Peter Bergmann, who fit his description or age anywhere in Europe, America or South America. The address in Vienna, Austria that he used for checking into the hotel turned out to be a vacant lot.

The following is a trailer for the short but well put-together documentary. You can view the entire documentary by clicking here.

Maybe by sharing this story with others we can bring awareness to this case and solve it together.  SHARE this story and maybe YOU can help solve this mystery.