What about Bob? – Unsolved Mysteries

Being a private investigator can be a tough gig. For solo-operators it has its ups and downs, exciting times and very boring times. Often a private detective is a retired peace officer or government worker living on a pension and supplementing their income doing a case here or there. Keeping steady work can be a tough task for any experienced investigator.

Bob Levinson is a retired FBI and DEA agent. This is usually is good experience for a professional investigator. The skills one would learn during their time within these agencies will help in the private realm. Bob was able to secure some good clients after retirement and was doing well. Reports say one of those clients was a longtime friend, Anne Jablonski, who was working for the “Illicit Finance Group” in the CIA. They were friends for years, trading stories about Russian mobsters. Because of this connection, Bob was able to secure a contract with the CIA. That’s right, the CIA hired a private investigator. Bob would provide the CIA with intelligence reports.

During his efforts while working with the CIA, Bob was gathering more intelligence overseas. These efforts led him to the Maryam Hotel on a small island called Kish—in Iran. Reports indicate that he was planning on meeting a notorious figure that goes by the name of Dawud Salahuddin. On March 8, 2007, Bob checked in to the hotel.

Bob Levinson’s disappearance in Iran devastated his family. On April 4, 2007, a little over three weeks after Levinson disappeared, an article by Iranian state-run PressTV stated that he “has been in the hands of Iranian security forces since the early hours of March 9” and “authorities are well on the way to finishing the procedural arrangements that could see him freed in a matter of days.” The same article explained that it was established that Levinson’s trip to Kish “was purely of a private businessman looking to make contact with persons who could help him make representations to official Iranian bodies responsible for suppressing trade in pirated products, which is a major concern of his company.” Iran has since denied any involvement in his disappearance.

In late 2010, the Levinson family received proof of his life, and that he had, in fact, been captured by the Iranian government. Government analysts have since stated that they are sure the proof of life was created by Iran’s spy agencies. 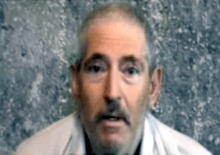 From File:Levinsonproofoflife fmt1.ogv, this is a screenshot of kidnapped Robert Levinson from a video sent to his family on December 9th 2011.

Since then, there has not been any indication he is still alive. The last proof of life was in April of 2011. Those photos were not released until 2013.

“Finding him remains a high priority for the United States, and we will continue to do all that we can to bring him home safely to his friends and family, so they may begin to heal after so many years of extraordinary grief and uncertainty. The Iranian Government previously offered assistance in locating Mr. Levinson and we look forward to receiving this assistance, even as we disagree on other key issues.”

If Bob is still alive, he has become the longest-held hostage in American history, surpassing Terry A. Anderson. According to his family, he suffers from type 1 diabetes, gout, and hypertension. To this day, Levinson’s passport has never shown up in any other country.

To learn more about this case and to help the family, please visit https://www.facebook.com/helpboblevinson or http://www.helpboblevinson.com/ 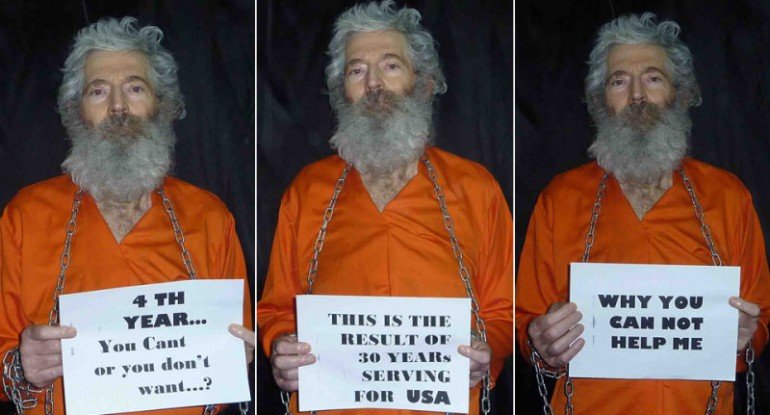 Star Trek’s Golden Anniversary, a creation of a former Investigator

Locating a Missing Person: Knowing Where to Look

Surveillance during a Pandemic